by Rituals of Mine 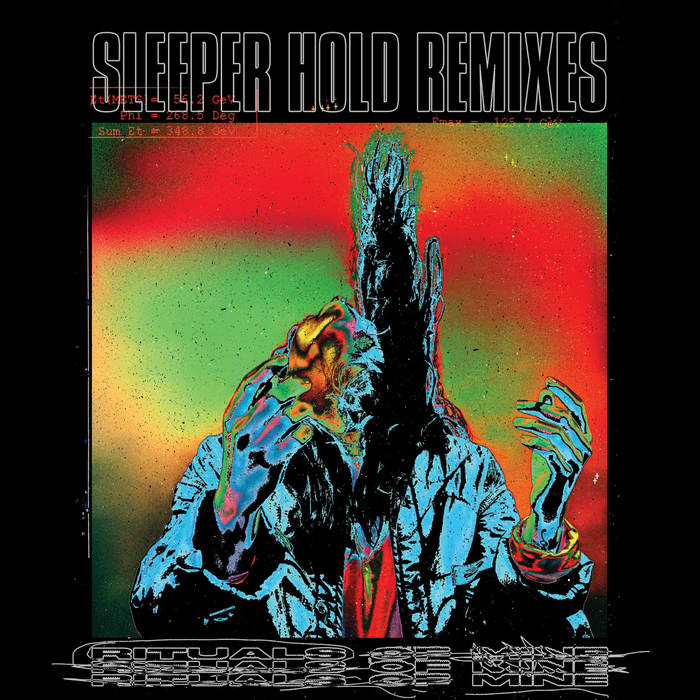 "SLEEPER HOLD", the new EP from Los Angeles-based electronic and alt-R&B duo Rituals of Mine, is as tense and captivating as its name suggests. Songwriter and vocalist Terra Lopez began writing the songs that would eventually inhabit the EP, during one of the most harrowing and self-reflective times in her life. “In 2016 my father committed suicide, and six months later my best friend died in an accident.” recalls Lopez. “Both of those losses were incredibly devastating, and it was massive for me because these two people who were such important figures in my life were gone. These new songs all derived from the past three and a half years of my life and what those losses made me confront.” Lopez began processing her grief through songwriting, and gradually faced her past traumas. Lopez flew from California to Florida to work with her longtime collaborator and producer Wes Jones, and began developing a brooding sound that would match the emotional intensity of her writing. Over the course of a few months the two would craft some of the project’s most cavernous and vulnerable songs to date.

“BURST,” “HEAVYWEIGHT,” and “BAD NEWS” are some of the first songs Lopez wrote after feeling empowered to be more honest with herself. The sudden and tragic changes in her life forced Lopez to reconcile with old pains. The EP’s nightmarish yet self-assured first single “BURST” is Lopez processing her past traumas and demanding space that she has lived without for so long. “I am starting to realize that my story, my life is worth writing about, so this track is the first step.” Lopez explained about the track. “‘BURST’ is about reclaiming my story and showing up for myself.” The track’s haunting and staccato instrumental is in stark contrast with Lopez’s confident and melodic vocal delivery. Having the intimate space of a studio, occupied by only her and a producer, meant that Lopez could write from the heart in a way that didn’t feel possible when there were more people in the room. “This new material is very direct and focused on what I want to express with things I’ve held in for so long.” says Lopez. “It’s finally me addressing all of that trauma because I finally had the space to do so.”

In the three years since the release of their minimalist debut, "Devoted", Lopez’s music has been praised within the indie music community and Rituals of Mine has shared the stage with acts like Garbage, Tricky, Built to Spill, DEFTONES, and Le Butcherettes. Lopez hopes that with the expanded sound of her new EP, Rituals of Mine will reach new audiences, inspiring more listeners to confront and overcome their own struggles.

For the fourth and final installment of the "SLEEPER HOLD (Remixes)" EP, Rituals of Mine shares a remix of “BURST” by labelmate, Skylar Spence. "When I found out that Skyler wanted to do a remix, I was THRILLED. His music is so fun and such a polar opposite to what I make in terms of mood so I knew it was going to be good. This remix is ridiculously fun, energetic and flips the dark, r&b vibe of “BURST” and turns it into a frenetic dance track. I'm honored that he would want to work on something together and hope this is just the beginning of our collaborations." – Terra Lopez, Rituals of Mine. This final remix joins previously released remixes by Dev the Goon, Kevvy, and Alec Ness to make up the "SLEEPER HOLD (Remixes)" EP out February 5th on Carpark Records.

Rituals of Mine Los Angeles, California

Bandcamp Daily  your guide to the world of Bandcamp